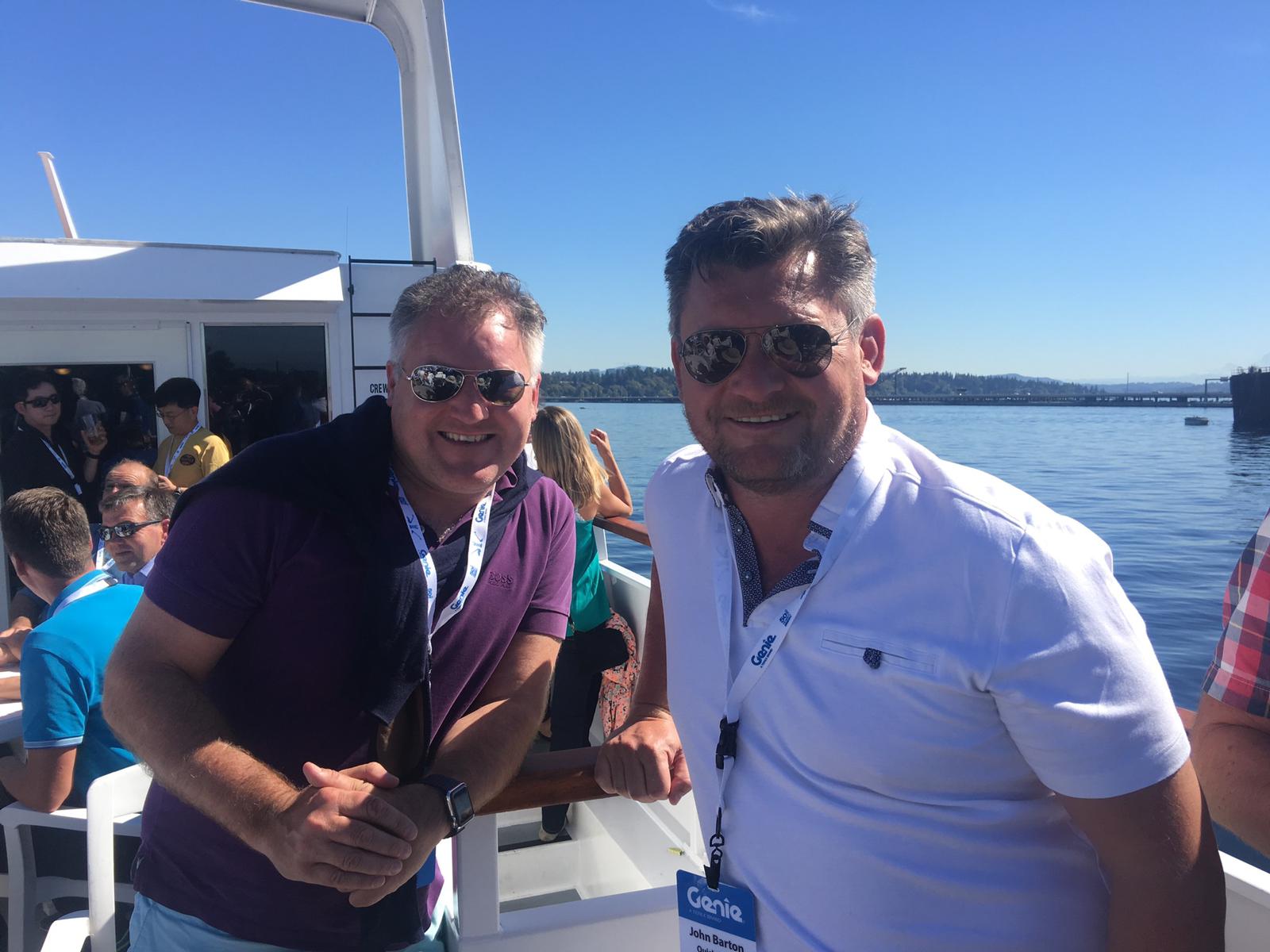 We wanted to create a page on our website which was dedicated to John’s memory.

One year on, we’ve realised that no time can ever heal the pain of losing him, but we can celebrate his life and memory.

Here are just a few tributes and memories from friends and colleagues:

The world lost one of the good guys.  He would always help others and I am lucky to call him a friend. Many years have passed since me, Dave and John played together as kids there should have been many more years ahead. A good man that was taken too soon.

A TRUE FRIEND
There are special friends in life
John you were one of mine.
The memories of the great times we had as kids and later as adults I will never forget
Miss you my friend.
– Phil –

He will be part of my history and friendship forever. John’s smile would light up a room.

He was hard working, firm and fair, humble, loving, fun and funny, professional, down to earth, kind and many more.

I have never heard anyone have a bad word to say about John. He was/is a definite Legend within Quick Reach.

He is still within us and every time I go to the Manchester depot, I look up at his office window to see if the light is on and if his head is poking up from the window.
– Chas –

Its kind of hard to explain but JB was a genuine nice guy, he was firm but fair and always had a sense of humour!

One thing that we all used to laugh about with him was what he called the ‘magic’ sponge.  In the early days, when machines came in, he would often disappear into the kitchen and then return shortly after with some flash spray and a washing up sponge and then come out to ‘help’ whilst muttering; “magic sponge treatment.” What made us all laugh is that you would already be jet washing the machine and the magic sponge didn’t really do much at all but it was John’s way of helping.  He would never see anybody struggling and always try to help even if it was just making tea for the guys.

One thing that was so apparent though was just how much JB was respected in the industry as a whole.  I have not met anybody who had a single bad word to say about him and in this industry that is quite some achievement, especially with the roles that he had held over the years.  We all miss him greatly and his support and inspiration that he gave us will never be forgotten.
– Jim –

To me, JB was a colleague, a boss, a mentor, a sounding-board, a drinking partner, a friend and at times, a pain in the neck. He loved nothing more than throwing a Friday afternoon grenade for us to sort, but he was always confident that we would.
He always knew exactly what to say to get the best out of me and others. He has been sorely missed this last year, but he is still woven into the fabric of Quick-Reach and will never be forgotten.
– Ste –

JB was a great boss and an even better friend.

John was a work colleague but more importantly he was a Friend and we both had many a great day and night together in work and out of work and as we used to say Family and Friends are Best. Miss you my Friend.

Such a reasonable and logical man. A true manager of men which can’t be taught; it’s in your bones.  John will be missed by all who knew him.  He touched everybody’s life and I will remember him with a great deal of fondness.

J to the B an absolute gentleman, with a huge heart, a great loss to this world, never scared to get his hands dirty….unless he was wearing the cream linen suit.

Without doubt John was a true gentleman and was very well respected by all his peers in the Powered Access industry.

I remember once asking him for more money and I thought; ‘I know I will claim Mileage expenses at 45p a mile.’ So I popped it in an Email and John called me he said “now lad I didn’t say you could go to Scotland every day” as I’d Claimed 2000 miles lol!! He ended up giving me a Company car saying “here you go lad I’ve sorted your money problem and it comes with a fuel card!! You could never pull the wool over John’s eyes, he was as sharp as a pin and is missed greatly every day by everyone who knew him.

Just a great guy.  Some people you just click with and that was John and I.  Never a cross word, even when we disagreed.  Measured and consistent, but always positive.  Never looking back – always forwards.  There is rarely a day goes by when I don’t think of John.

Although I only knew John for a short period of time, I did realise he was a family man and dedicated to building QR into a great business. John was definitely good for Dave and QR.  He was the calming influence and that is sadly missed. My lasting memory is Dave and John enjoying a pint while I presented my strategy in a hotel meeting room

JB was, in his day, my biggest critic and on others my biggest defender.

He was my go-to person when I was struggling with some business aspects and I also considered him a mentor.

I still remember my last meeting with him clearly and I’ve forgot some people I met last month.

For the short time I knew John from the start he always made sure you were part of the team which still carries on to this day.

A special man with a special legacy.